Jonathan has been shooting for over 15yrs. The photography bug first bit him when he was eight years old after his grandmother gave him a 110 film camera. Things took off from there. He started playing around with his dad's Minolta SLR. Taking pictures at every opportunity he honed his skills always experimenting. To him a photograph just isn't a picture but represents a single moment in time where everything comes together beautifully.

Based out of the Tampa Bay area he took up photography has a full time career in 2008 he struggled to find an artistic direction. In 2010 he took an environmental photograph of his father and while editing realized his passion was shooting commercial portraiture and editorial where he could interact with his subjects and tell their story's through his images. During that year he was also honored to be inducted into the Nikon Professional Services due to his work and thanks to publications that have run his images.

When he is not working with commercial clients Jonathan works on personal projects that he is passionate about and volunteers his time to the Heart Gallery photographing foster children up for adoption in hopes of finding them permanent families.  When he is not shooting he tries to stay active running and working out. Jonathan enjoys sushi and Italian food but will never turn down some barbeque. He resides in Tampa Florida but will travel for work nationally. 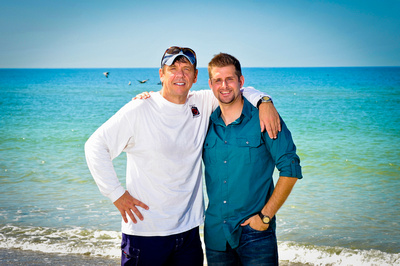 Jonathan featured on the right, is on location