WHY SHOOT IN TAMPA?!

Tampa Bay is where I live and work. There are a lot of reasons to live in and visit the Tampa Bay area besides the warm weather. I have traveled all over but always I find myself coming back. Within a short distance are the beaches of St. Petersburg which offer a beautiful sunset backdrop with its white sand beaches. Tampa Bay is also home to a number of great sports teams, Theaters, restaurants, and museums.

St. Petersburg Beach which is just a short drive from Tampa was named the #1 beach destination in the country and #5 in the world in 2012 thanks to reviews from millions of TripAdvisor vacationers around the world. Known for its world renowned sunsets and white sand beaches St. Pete beach offers a lot from swimming and sun bathing to water sports like windsurfing and paddle boarding. St. Petersburg also has its very own Art and Fashion week along with a number of great art galleries and museums. 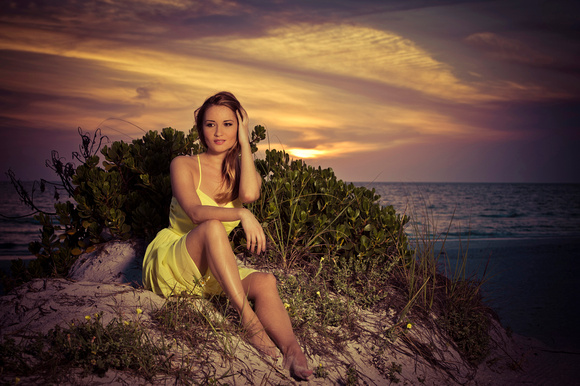 Tampa has a number of great museums and restaurant's. Downtown Tampa is home to one of my personal favorites the Florida Museum of Photographic Arts which host exhibits from international photographers. In the past the FMOPA has hosted private collections from Andy Warhol and Ansel Adams. The Tampa Museum of Art is also a must see featuring antiquities, modern and contemporary art from all eras. Taking a break from the galleries and museums there, you have really never had a Cuban sandwich in till you have had one at the famed Columbia restaurant, a staple of Tampa since 1905. Jackson's Bistro on the edge of downtown Tampa not only offers up an amazing assortment of food but sitting on the water front of Harbor island it offers up a stunning view of downtown Tampa that only becomes better has the sun goes down. The water front of Harbor Island also makes for a stunning city back drop in images with the skyline and Tampa Convention center directly across the water.

There is no shortage of entertainment in Tampa after the sun goes down. Catch a movie at the historic Tampa Theater in downtown Tampa. Built in 1926 the beautiful Tampa Theater was voted one of the 10 best theaters in the world by the BBC.  You can also catch a show at the Straz Center then hit one of the numerous bars and clubs after that populate downtown Tampa.

In 2008, Tampa was ranked as the 5th best outdoor city by Forbes. A 2004 survey by the NYU newspaper Washington Square News ranked Tampa as a top city for "twenty-somethings." Tampa also ranks as the fifth most popular American city, based on where people want to live, according to a 2009 Pew Research Center study.

So book with me today and come on down to Tampa!

About: Jonathan Is a commercial photographer in the Tampa Bay Area. He serves a wide range of clients from shooting portraits to product in the Tampa, St. Pete, Clearwater and surrounding areas.